Congratulations to our Girls Varsity Basketball team being Conference Champs! 🐾🏀 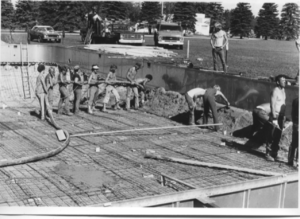 In October of 2018 the City of Parkers Prairie’s long-time Police Chief, Doug Whiting, retired from full-time service. Doug served the Parkers Prairie community as Chief of Police for greater than 30 years and was respected and loved by all who knew him. Doug began his career as an officer for the Parkers Prairie Police Department in December of 1985, where he was quickly promoted to Chief. Doug was a member of the Otter Tail County S.W.A.T. team for 15 years, and an Emergency Medical Technician for over 30 years. He especially enjoyed the time he spent teaching young people in the D.A.R.E. program at the Parkers Prairie Elementary School and hosting Bike Rodeos in the spring of each year. Doug will always be remembered as a respected leader and friend among his fellow Officers and members of the community. Since Doug’s retirement, he has been welcomed back to service with the Parkers Prairie Police Department as a part-time Officer.
On October 26, 2019, the role of Police Chief was filled by Officer Chris Barton. Chris has been a member of the Parkers Prairie Police Department since 2006. With over ten years of service as a S.W.A.T team member, E.M.T, and highly-respected full-time Police Officer, he was an obvious choice for the position as Police Chief. Since becoming the Chief of Police, Chris has attended an extensive 2-week training course for the D.A.R.E. program. Chris has welcomed new Officers to his team and is dedicated to continuing the standard of excellence in service set by the former Chief. We congratulate Chris on his new position, and feel proud and honored to have him as our Chief!